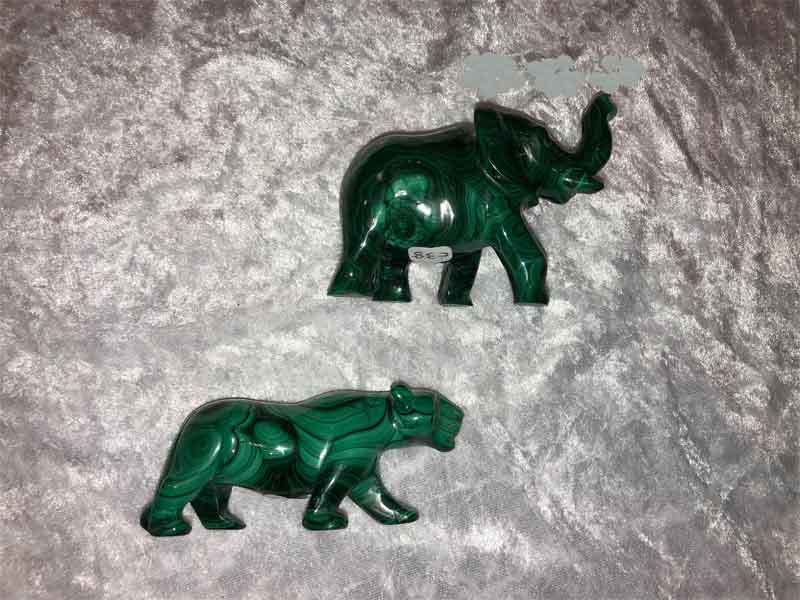 Malachite, a beautiful and rich green color mineral, is also known as a healer. Popular amongst the ancient Egyptians, mined as early as 4000 BC, it was used as jewellery, ornaments, and even for eye shadow (in powdered form). It was also though to protect against the “Evil Eye” and remedied various stomach ailments.

Malachite is a strong natural purifier and can be used to absorb negative vibes, and pollutants from the atmosphere as well as from the body. It is often placed in kitchens, next to electrical appliances such as microwaves, as well as in living rooms near televisions.