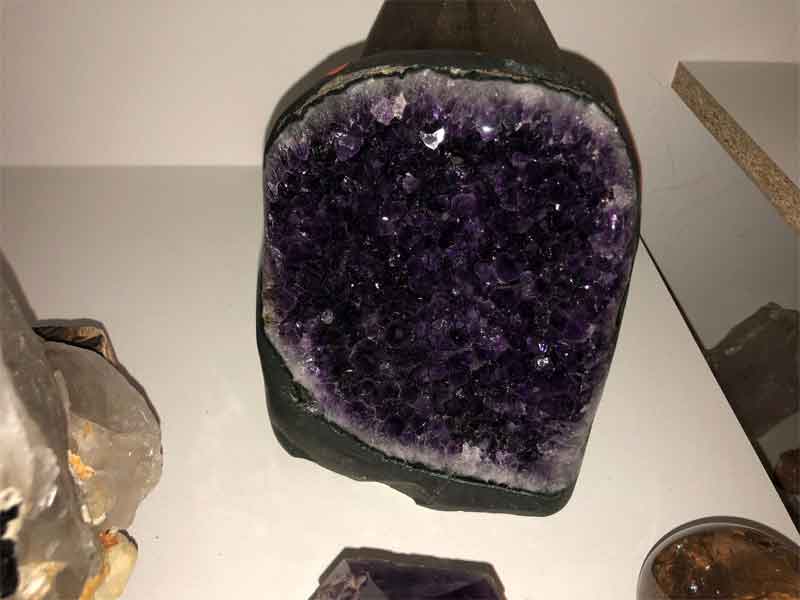 Amethyst is one of the worlds most revered stones. First appearing in history around 25,000 B.C (during the Neolithic period), Amethyst was being used as beads in necklaces and other jewelry to amulets in pendants.

The name Amethyst translates in Greek to, “not drunken”. There also exists an ancient Greek myth that provides a story to the name. The myth explains that the ancient god Bacchus was angry, and had vowed to unleash a hoard of tigers upon the first person who crossed his path. A woman, by the name of Amethyst was on her way to pay tribute at the shrine of the goddess Diana. On her way, she encountered Bacchus and his hoard of tigers. Before the tigers could eat Amethyst, she was saved by Diana, who transformed her into a clear crystal. Bacchus, remorseful of what he had done to Amethyst, poured the juice of grapes over the stone, as an offering, and so came the purple crystal, known as Amethyst, into being.